For years, China has toyed with the idea of a property tax, but at least one developer doesn't think now's the right time.

Zhang Xin, chief executive of real estate developer Soho China, said on Saturday that the country's economy is too "soft" for such a tax.

"In today's market, when the economy is so soft ... this would just be a really hard time to introduce something so impactful," said Zhang, who spoke with CNBC's Eunice Yoon at the China Development Forum in Beijing. 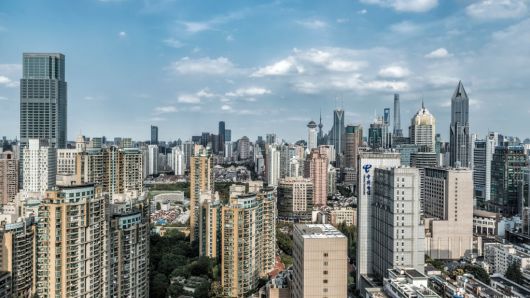 Local governments have also opposed the idea of a tax, because they rely on land sales for revenue. Pilot schemes were rolled out in cities such as Shanghai, but China has been slow to introduce the tax nationwide.

At this year's annual National People's Congress in Beijing, senior officials said work on a draft for the tax was "steadily advancing."

Authorities also announced that local governments would have autonomy over the actual rate of the tax in order to minimize its effect on house prices.

Soho's Zhang, however, argued that the tax could hurt the country's already-slowing economy.

Property-related industries, such as the steel and cement sectors, account for about 35 percent of the economy, according to Zhang. As a result, implementing the new tax would have a "huge impact" on both the real estate market and the wider economy, she said.

"I doubt ... this time would be the right time to introduce the property tax, knowing that they've already eased the credit to boost the economy," she said.

"If this sector gets taxed regularly, repeated and heavily," Zhang said, "it will surely have a strong impact."
Source: www.cnbc.com
Link: https://sites.google.com/site/realestatehcmvietnam/cities-for-first-time-home-buy

Login to quote this blog

You cannot quote because this article is private.